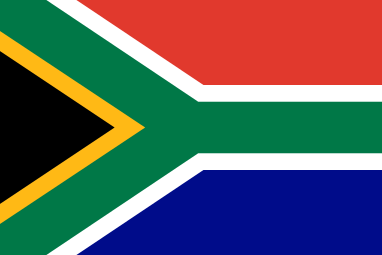 South Africa [Mzansi] is believed to be the cradle of mankind with humans having resided there for over 100,000 years; it has a nickname of “The Rainbow Nation,” given by Archbishop Desmond Tutu because it is one of the most multicultural countries in the world! The nation has 35 indigenous languages with 11 official languages, each representing the different regions of the country as well as the primary cultural groups that reside there (Afrikaans, Ndebele, Northern Sotho, Southern Sotho, Swazi, Tsongo, Tswana, Venda, Xhosa, English, and Zulu).

Most inhabitants are fluent in at least two of these languages, while it is common to know more. The country’s mainland is 1,223,208 kilometers wide and primarily one giant plateau, with the Kalahari Desert in the northwest and a portion of the Namib Desert in the west. The country is home to over 56 million people and the climate is mostly semiarid with the coast being subtropical. The country has a long history struggling with political and social segregation; but with the end of the Apartheid in 1990, the country had its first democratic election in 1994. Today, South Africa plays an important function in both the industrial and political environment of the continent.

The standard lifestyle can change drastically based on location, most urban areas are fast-paced, while rural areas place more value in their heritage. The country overall leans towards egalitarianism. Most South Africans follow the concept of “African Time,” which includes verbiage like “now-now,” and “just now” (“now-now” being a task that is planned to be completed “very soon,” while “just-now” means the task will be completed “in the near future,” but not immediately).

Most South Africans prefer face-to-face interaction with relationship-building prior to doing business, as opposed to quick, brief trades. The typical unit in a South African community is a nuclear family and their extended family or tribe. While there are differences between the many cultures in South Africa, the people overall tend to be friendly, patient, with a love for conversation.

previous
The Voice of Ukraine
next
Taiwan: The Beautiful Island