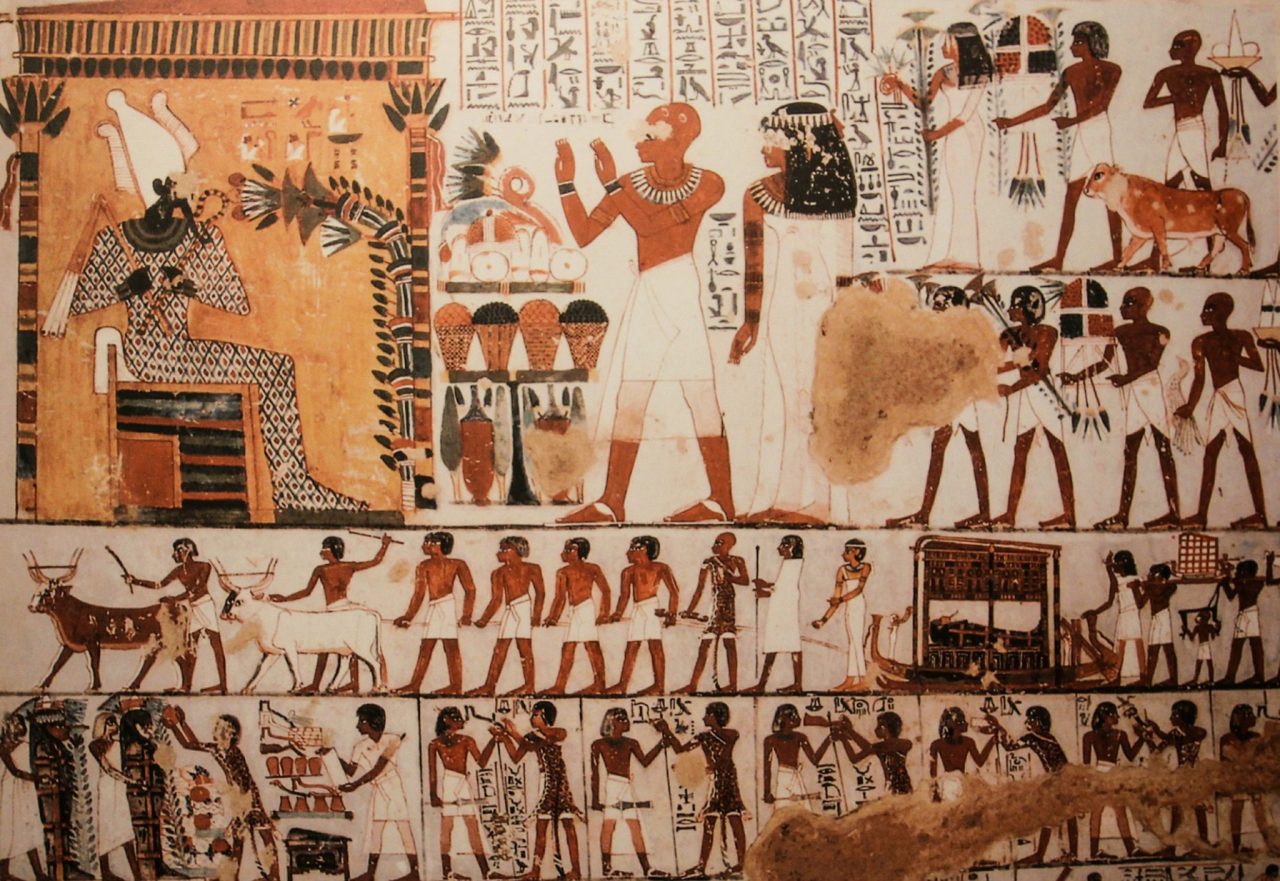 The Nile River has played a very big role in shaping civilization for thousands of years. It has been revered by many cultures throughout history. One of the greatest stories of success along the banks of the Nile is that of the Ancient Egyptians. It allowed the Egyptians to advance their society further than any other at that time. The benefits that they reaped from the Nile helped to make them one of the most successful ancient civilizations. The Nile had a large influence on Egyptian agriculture, trade, and overall quality of life through cultural norms. The changes and innovations that developed the Egyptian culture, as a result of their proximity to the Nile river, can still be seen in several countries today.

Every year, the Nile would flood and spread fertile soil on the banks. This made it fruitful for farming. The river was plentiful with fish; Ancient Egyptians developed modern irrigation methods that advanced their farming techniques. For example, they began using walls to maintain the water level year-round; now referred to as dams. As agriculture prospered and grew, so did other aspects of civilization. Ancient Egyptians developed papyrus, an early form of paper because it grew bountifully on the banks of the Nile. Papyrus was also used to make clothing, baskets, mats, and many other basic necessities. Other crops such as beans, cotton, wheat, and flax were used for these purposes and commonly used to barter. Agriculture flourished under the Ancient Egyptians on the riverside of the Nile. The river gave way to trade routes and led to economic well-being in Ancient Egypt. They could travel along the river, which was more efficient than other ancient methods of transportation.

The river connected isolated parts with Europe and Asia, opening up trade in Africa to the rest of the world. It was worshipped by Ancient Egyptians and heavily influenced their spirituality. It was believed to be a channel between life and the afterlife. Ancient Egyptians wanted to be buried on the west side of the Nile because that was the side associated with death. The east side of the Nile was thought of as a place of birth and growth. They even modeled their calendar after the flooding, fertile, and dry seasons- called Akhet, Peret, Shemu, respectively- which the Nile cycled through every year. This calendar had those three seasons, consisting of four months each, which were 30 days each. This was the blueprint for the Gregorian calendar we use today.

The Nile had a heavy influence not only on the agricultural development of the Ancient Egyptians but their culture and values as well. The influence of Ancient Egyptian civilization is still relevant today because there are many things we consider to be basic that was invented by the Egyptians. Ancient Egyptian civilization was able to advance their early society in a way that set the tone for the future of the world. This shows us how one culture had a significant role in shaping the modern world. The study of Ancient Egyptians also shows us how culture is a product of its environment and is fluid and always changing. 7C Lingo can provide training that will allow you to see cultural changes easily, give you insight into what influences culture, the influences that culture has, and help show you how culture is valuable in the modern world.